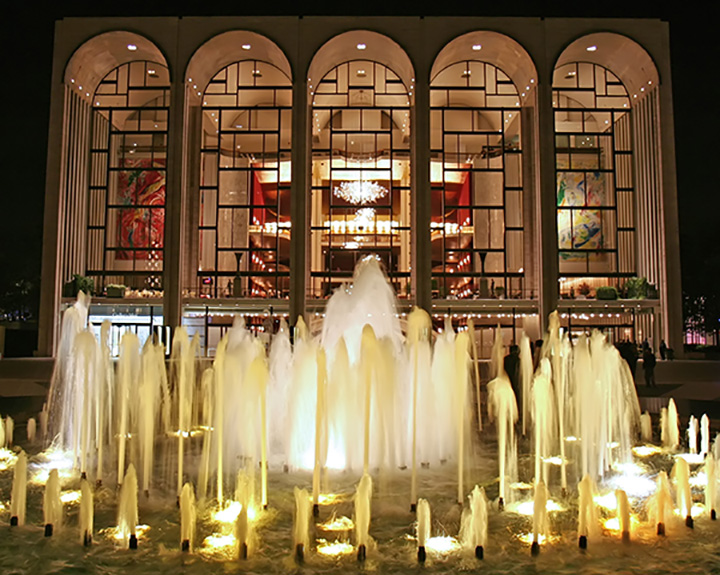 For generations, New York has been seen as the center of the America's thriving music scene. It's the birthplace of several genres of music and the place where countless famous musicians experienced their humble beginnings. It was in New York that the iconic 1960's Woodstock Festival took place, and where rock legend Jimi Hendrix won the Apollo's "Amateur Night."

It's perfectly fitting, then, that New York State is also home to some of the best music venues in the country. These venues range from small, intimate theaters to larger-than-life big-name arenas. They all have one thing in common: roots in a state with one of the richest musical histories in the entire world. Picking only 10 is no easy task, but here are our picks for the best music venues in New York State.

Opened in 1962, this 16-acre theater complex was built under the direction of John D. Rockefeller himself. Today, it's a mecca for musicians across the city. Lincoln Center is the home of the New York Philharmonic, and Metropolitan Opera, and the New York City Ballet.

This Art-Deco style theater, opened in 1932, is a vision of its own. In fact, the interior of Radio City Music Hall was declared a New York City landmark in 1978. In addition to the cherished annual Christmas Spectacular (where you can see the famous Rockettes), this Rockefeller Center music venue showcases big-name acts like Sigur Ros and Alessia Cara.

This not-for-profit outdoor musical amphitheater is located on the site of the famous 1969 Woodstock Festival in Bethel, New York. It opened in 2008 and it's already hosting famous artists like Aretha Franklin and the Beach Boys. Grab a spot on the lawn and enjoy the ideal outdoor concert experience.

Harlem's Apollo Theater has been a musical tastemaker since it opened in 1914. The classical revival theater has a history of promoting African-American performers and is responsible for starting the careers of countless music legends, including Ella Fitzgerald, James Brown, Billie Holliday, Diana Ross, and Marvin Gaye. In 1964, Jimi Hendrix won the Apollo Theater's "Amateur Night." Today, the historic theater is owned and operated by the State of New York and receives 1.3 million visitors every year.

Opened in 1966, this Saratoga Springs staple is currently the summer home of both the New York City Ballet and the Philadelphia Orchestra. The outdoor amphitheater, located in Saratoga Spa State Park, can hold up to 25,100 people for big names like Snoop Dogg, Counting Crows, and Toby Keith.

This indoor arena, located above New York City's bustling Penn Station, is a household name among New York City venues. For concerts, the Garden can hold up to 18,200 people, and brings in famous pop musicians like Adele, Red Hot Chili Peppers, and Billy Joel. In 2016, the music venue hosted MTV's Video Music Awards.

If you're looking for some quality New York City jazz, head straight to Greenwich Village and into the tiny, intimate Blue Note Jazz Club. Since it opened in 1981, this cozy club has hosted huge talent like Ray Charles, John Scofield, and Sarah Vaughn. The Blue Note has nightly shows at 8 p.m. and 10:30 p.m. as well as a weekly Sunday Jazz Brunch.

Home of the Brooklyn Nets and the New York Islanders, this attractive Brooklyn venue has boasted an impressive calendar of musical talent since it opened its doors in 2010. With a green roof and enough seating for 19,000, the arena showcases big names like Jay-Z, the Black Keys, Bruce Springsteen, and Kanye West.

Opened in 1983 and renovated in 2006, the Finger Lakes region's CMAC is a large outdoor amphitheater that is the summer home of the Rochester Philharmonic Orchestra. With a capacity of up to 15,000 people, the venue's location is ideal for an outdoor concert, which explains why so many of its performers, including Dave Matthews Band, Mumford & Sons, the Allman Brothers, Kenny Chesney, and Lady Antebellum, open to sold-out shows.