The 10 Best Wings in New York! 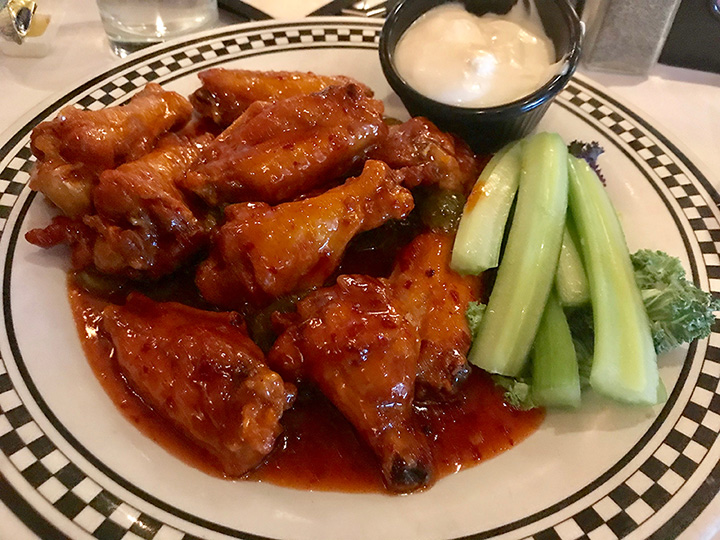 New York is the home of the original Buffalo wing, so it comes as no surprise that there are so many top-notch wing restaurants around the state. Whether you’re craving the classic, looking for something sweet and savory, or a flavor entirely new, New York will surely have it. Here are 10 excellent places to eat chicken wings in the state.

Offering just three flavors—medium, hot, and barbecue—this Carroll Gardens institution cooks its wings to perfection and serves them up alongside reasonably-priced beer on the spacious backyard patio.

Many Buffalonians insist that 40-year-veteran Duff’s Famous Wings makes the best Buffalo wings in town. Rivaling the popularity of Anchor Bar, the home of the original Buffalo wing, their wings are known for being spicy, flavorful, and saturated in savory sauces. Duff’s also has several other locations throughout New York.

This iconic Buffalo bar is where it all began. In 1964, Teressa Bellissimo invented the Buffalo wing when she seasoned the chicken with her “secret” recipe that’s now known as Buffalo sauce. Now, the restaurant is a destination for visiting wing lovers.

Huge, meaty wings that pack a spicy punch are the main attraction at Gabriel’s Gate. The restaurant competes with the ranks of Anchor Bar and Duff’s Famous Wings for the hearts of wing enthusiasts in Buffalo.

Blondies is an Upper West Side sports bar that just so happens to make some of the best wings in the city—spicy, meaty, saucy, and cooked to perfection.

Eleven Brewing Co at LD's on the River , Pulaski, NY

Eleven Brewing Co is known for its high-quality hot wings, but it makes chicken wings in a variety of other ways, too—try them char-grilled or deep-fried in one of 17 signature sauces.

This Albany-area bar/restaurant makes some of the tastiest Buffalo wings in the state.  Their wings are cooked to crispy perfection and slathered in sauces like “Sour Orange Mojo” and spicy garlic parmesan.

This hidden gem in midtown Manhattan serves up some of the tastiest Korean fried chicken in the city, with crispy wings cooked “hot” or in soy ginger garlic sauce.