The 7 Best Speakeasies in New York! 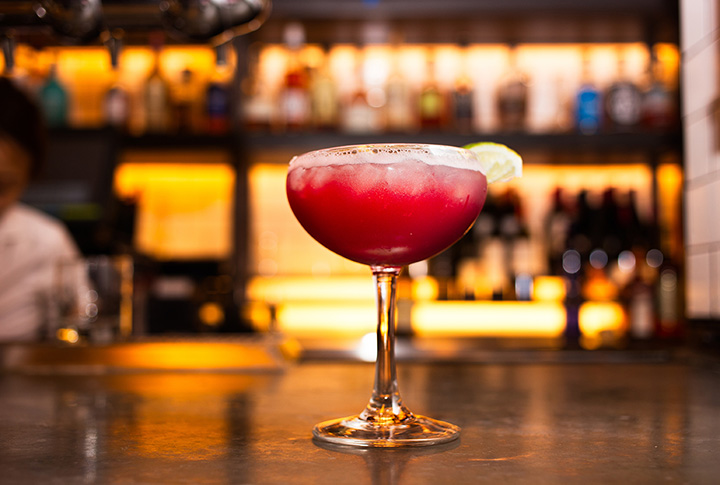 Passwords for entry, handcrafted luxury cocktails, mysterious vibes—that’s what you’ll find at the great speakeasy-style bars of New York. Whether they’re hidden inside a restaurant or located at the back of an art gallery, these 7 New York speakeasies are sure to impress.

The Back Room, New York, NY

The Back Room maintains its authentic Prohibition-era vibe and is one of only two speakeasies in New York City still in use as a bar today. Feel the ghosts of the Roaring Twenties around you, with hidden doors behind bookcases and drinks served in tea cups or out of brown paper bags. To cap off the ambiance, the interior is decorated with a large brick fireplace, red velvet chairs, nude portraits, and tin ceilings lit by a giant chandelier.

To go along with the no sign, mysterious vibe, Attaboy also doesn’t have a menu, leaving you to negotiate your own drink choice with the experienced bartenders. But don’t worry about the quality of the cocktail you’ll receive as Attaboy was recently ranked the #8 bar in the “World’s 50 Best Bars” list. No reservations are taken for Attaboy, meaning you should be prepared for the possibility of a wait.

Show of hands: how many of you knew there is a Prohibition-style speakeasy within Grand Central Station? This sleek restaurant and bar is located inside the former office of John W. Campbell and has design features such as leaded glass windows, Oriental rugs, and a stone fireplace. Cocktails, local craft beers, and hard-to-find wines are all on the menu at the Campbell.

Dial “1” in the classic phone booth inside the restaurant Crif Dogs to see if you’ll be allowed admittance into PDT. Unlike many other speakeasies on this list, PDT does take reservations if you call ahead, so you can really impress your date. Once you grab a table, order a craft cocktail and a hot dog with cheese fries.

Though less difficult to find than several of the other speakeasies on this list—it has a neon bar sign and front door to the street—Dutch Kills has the atmosphere and craft drinks of a modern-day speakeasy. The drinks menu features seasonal cocktails such as Glory Thief, which consists of Brooklyn Gin, Blanc Vermouth, and Barolo Chinato served with a lemon twist. Dutch Kills is open seven days a week and stays open late.

Push the buzzer to enter this Prohibition-style speakeasy, which has two locations in NYC. The Raines Law Room offers drinkers an intimate, cozy atmosphere with a limited number of seats and bookshelves flanking the walls, in which you can enjoy smooth conversation over a Cobble Hill or old fashioned. When the weather finally lightens up, The Raines Law Room in Chelsea has an outdoor patio

Fig. 19 has a party-friendly atmosphere often with live music, but it hides behind a door at the back of a contemporary art gallery. After glimpsing at the current exhibit, duck into Fig. 19 for a handcrafted cocktail such as Rhapshody in Rye, which is rosemary infused rye, ginger syrup, Campari, grapefruit, and sea salt. Another tantalizing cocktail that is a reminder of the coming summer is The Prince, which consists of vodka, lavender syrup, elderflower, liqueur, and lemon.

View more New York Bars and Saloons.
Select a New York town to find
the Best Things-To-Do and Places To Go around you