The 9 Best Markets in New York! 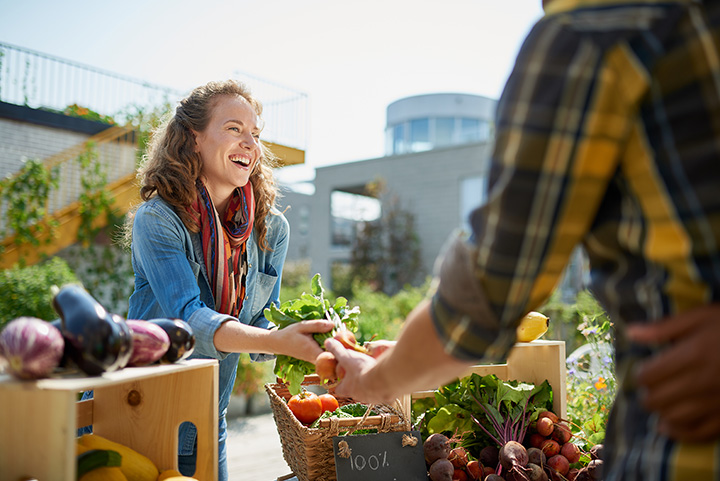 As a state with ample farmland and an array of cultures, New York is the perfect place for independent grocery markets that focus on quality culinary offerings. For fresh produce, bread, and specialty goods, check out the 9 best markets in New York State.

Three generations of the Zabar family have run this iconic Upper West Side market, which began as a Ukrainian smoked fish market and now brings gourmet cheeses, bagels, roasted coffee, and kosher foods to the residents of New York City.

Open for over 40 years, Dean & Deluca started with two men and a desire to provide top-quality groceries in a beautiful location. Today, the stores have expanded, offering their culinary delights across the U.S. and into parts of Asia.

People in Central New York flock to Pine Ridge Grocery, where they’ll find an assortment of tasty Amish goods, baking supplies, and old-fashioned candies. The store also has an in-house deli with “hard-to-find” meats and cheeses.

Essex Street Market was formed in the 1940s as an effort to get pushcarts and street vendors off the crowded Lower East Side streets. What started as mostly Jewish and Italian food purveyors has become a grocery destination today, offering a variety of gourmet offerings from around the world.

This members-only food coop has been a Park Slope landmark since the 1970s. It sources its food as locally as possible—within a 500-mile radius of New York City—and keeps prices low for members, who contribute to the coop by working monthly shifts to keep it operating.

This iconic market has multiple locations spread across Upstate New York and has been a family-owned-and-operated business for generations. The operation began in 1917 as an ice cream stand using milk from the Dake family dairy farm, and is now known for its local eggs, produce, and Stewarts brand sodas.

Called “The Disneyland of Dairy Stores” by the New York Times, Stew Leonard’s spreads joy to grocery shoppers young and old with fresh food, zany mechanical characters, and “Little Farms” on site. The local chain has locations in Westchester, on Long Island, and in Connecticut.

Adam’s Fairacre Farms began in 1919 as a 50-acre family farm that sold fruits and vegetables along the Poughkeepsie roadside. Over the years, this Hudson Valley grocer had expanded to three additional locations, offering an assortment of international and local foods of “farmstand quality.”

This Buffalo co-op sells organic, fresh products from the surrounding region and has a sustainability-focused mission. Over 50 percent of grocery store’s revenue returns to the Buffalo-Niagara economy, and the store is owned by over 10,000 Buffalo locals.