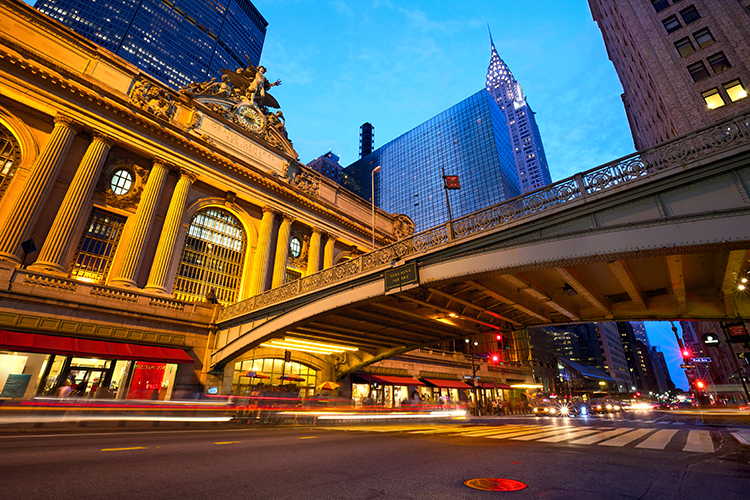 On Wednesday, March 13, expect Grand Central Station to be busier than usual. The Grand Central Market is giving away tastes of their delicious wares, along with demos and other goodies. Mouthwatering samples like Irish Stout soda bread or chipotle chicken salad are worth fighting the crowds to claim your morsels. It’s only from 2 to 3 p.m., so make sure you get there early!

Over 8,000 fitness experts and health gurus join together for the annual Adirondack Sports Summer Expo on Saturday and Sunday, March 16-17. This two-day event is packed with over 150 vendors on all things running, cycling, paddling, and hiking. Demos will be provided from many brands, from rowing to disc golf, along with all the latest outdoor toys and gear you need for a quintessential summer in New York. You may even walk away with a major prize donated by dozens of the vendors!

Add "craft beer destination" to Buffalo’s lengthy repertoire! Buffalo’s Resurgence Brewing Co and Big Ditch Brewing both brought home the gold from the New York State Craft Beer Brewing Competition. They earned the attention of 56 judges while competing against more than 800 beers and 420 breweries. If you’re already in Buffalo for the parade, these two breweries make the perfect stopover.

A post shared by Resurgence Brewing Company (@resurgencebrewingco) on Mar 9, 2019 at 10:14am PST

New Yorkers are stepping outside in record numbers. Governor Cuomo announced this week that a record 74.1 million visitors flocked to New York state parks in 2018, up from 71.1 million just a year prior. It’s no wonder, though: New York’s natural beauty away from the concrete jungle is simply breathtaking, and visitors from other states are starting to catch on. More improvements to state parks are planned this year to help keep this trend moving in the right direction.

Buffalo’s annual St. Patrick’s Day Parade is one of the biggest and brightest in the state. This year’s parade will take place on Sunday, March 17 at 10:30, beginning at McKinley Monument and proceeding down Delaware Street to North Street. Music, street vendors, and a sea of green everywhere you turn is more than enough to get you into the spirit of the Eire.