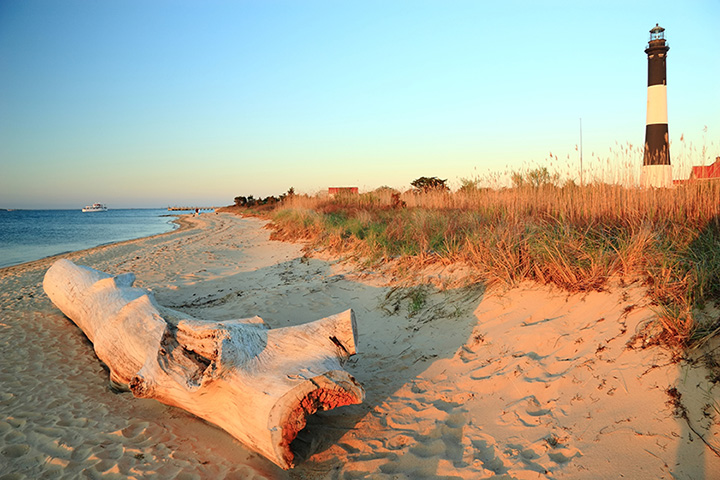 Summertime in New York is paradise. Whether you prefer hitting up the great outdoors in the Finger Lakes region, want to catch a baseball game, or camp in some of the most beautiful wilderness around, the Empire State has it. With such a wealth of diverse activities, you’ll never get bored this summer in New York.

From the big league teams like the Yankees and the Mets to the minor league teams across the state, baseball games are a quintessential summer activity in New York. Grab a beer, a ballpark frank, or a bag of peanuts and cheer on the home team of your choice.

New York State is blessed with 2,625 miles of coastline to enjoy. Whether your preference is for white-sand ocean beaches on Long Island or the vast shoreline of Lake Ontario, there are plenty of spots for you to kick back and relax.

With proximity to so many bodies of water—take your pick: rivers, lakes, oceans, or bays?—it’s fitting that New York State is also home to a variety of boat excursions. From scenic trips like Lake George’s Minnehaha to Niagara Falls’ Maid of the Mist to tours like New York City’s Circle Line Cruises and Clayton Island Tours in the St. Lawrence River.

Find peace in nature with a camping trip in the wilderness of New York. From seaside retreats to an island downriver from Niagara Falls, campgrounds in the state are ideally situated for good times.

Covering everything from films and music to hot air balloons, festival season in New York has something for everyone. Take your pick—whether that’s NYC Pride or Mountain Jam—and have some fun in the summer sun.

Outdoor movies are everywhere you look. Upstate, you’ll find adorable drive-in theaters and outdoor movies you can watch under the stars, while in New York City, rooftop film viewings and free riverside screenings are all the rage.

Scenic day hikes a train ride from NYC, steep gorges with waterfalls, and the dramatic peaks of the Adirondacks are just a few ideas for a fun hiking excursion in New York State’s great outdoors.

8. Place your bets on a horse race

Delicious wine is made from grapes from regions across New York State. Try a tasting at a winery on Long Island, the Hudson Valley, or the Finger Lakes region.

Outdoor music venues across the state are relaxing spots to catch some live music. Whether it’s an upstate amphitheater or Prospect Park Bandshell in Brooklyn, there are plenty of options to choose from.