The 10 Best Bars to Celebrate the New Year in New York! 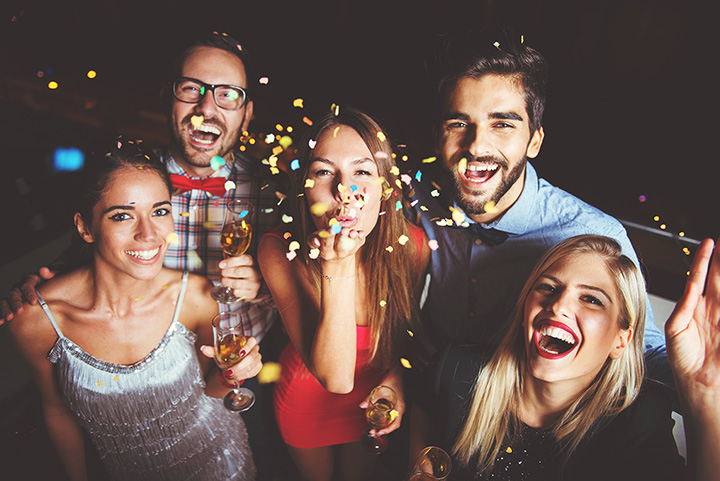 Welcoming a new year means time to reflect, surround yourself with friends and family, and party the night away. From Manhattan hotels to Long Island inns, if you’ll be in New York for New Year’s Eve, check out these spectacular events around the state.

Known for its extravagant performances, the McKittrick Hotel is putting on a New Year’s Eve soiree for the memory books: The King’s Winter Masquerade. Don your most mysterious mask and enjoy hours of feasts, an open bar, and live performances.

This East Village neighborhood invites you to drink, dance, and nosh on hors d’oeuvres during its four-hour, open-bar New Year’s Eve celebration party. Formal attire is suggested and tables are available.

The Peninsula invites you to kick off the new year in style with a swanky five course farm-to-table dinner, a cocktail reception, live bands, and dancing at Bar Clement, or five hours of open bar and hors d’oeuvres on the rooftop bar Salon de Ning.

It’s Friday, pull up a seat at The Bar at Clement and enjoy!

The city of Saratoga hosts the largest New Year’s Eve party in the state (outside of New York City). Each year, thousands of revelers fill the downtown area for live entertainment, fireworks, and merriment. Saratoga City Tavern stays open late to help you party into 2018.

Took a break from our busy week and visited @bigditchbrewing in Buffalo, NY. Lovely, lively place with great food and excellent beer. We look forward to a revisit! ðŸ»

The Fox Hollow Gala is an event that’s not to be missed. The event starts with a cocktail hour, and transitions to dinner, open-bar drinks, live music, and dancing all night. The boutique hotel sells packages that include overnight stays with breakfast.

Ring in the new year, Great Gatsby-style at the Marine Dining Hall at Jones Beach. The 1920s-themed event will feature a three-course meal, an open bar, champagne, and dancing to a jazz band.

Finish 2017 with a glamorous soiree at Montauk’s seaside resort. Gurney’s invites you to dress up, play casino games, and dance the night away to live music and a DJ set.

A post shared by Peekamoose Restaurant (@peekamooserestaurant) on Jan 2, 2017 at 7:10am PST