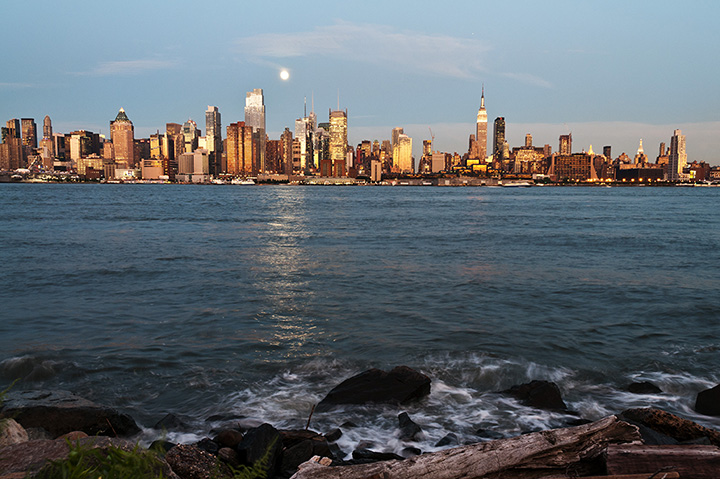 With New York being steeped in rich history, it’s not surprise the Empire State is home to some of the most notorious myths and legends. From headless horsemen and real-life haunted houses to ghosts guarding hidden treasure beneath the Statue of Liberty, some of the most fascinating tales and storied originated in this state. Here are 10 of the most enduring myths and urban legends in New York.

The infamous pirate Captain Kidd is said to have buried his treasure on the island where the Statue of Liberty stands today, formerly known as Bedloe Island. Two soldiers tried digging it up in 1892—only to be terrified and knocked unconscious by Captain Kidd’s ghost.

Considered one of America’s greatest hoaxes, the Cardiff Giant was a 10-foot gypsum statue created by tobacconist George Hull to look like a “giant petrified man.” He first exhibited the Cardiff Giant in Cardiff, New York, claiming to have found the giant while digging a well. He charged 25 cents for a glimpse, and even P.T. Barnum took notice. Today, the statue can be seen at the Farmer’s Museum in Cooperstown.

This short story by Washington Irving takes place in the Catskills in the early 1800s and has become a legendary tale. As the story goes, Rip Van Winkle wandered into the woods one day with his dog and his gun. He met a group of men and shared their drink. About 20 years later, he awoke next to his rusted gun with a long beard and no gun in sight. When he went back to town, he learned that his wife had died, his friends were gone, and his children were grown. The men he drank with are thought to be ghosts of Henry Hudson’s crew.

Loch Ness isn’t the only lake with an elusive monster. Lake Champlain, which divides New York and Vermont, is reputed to have a mysterious creature of its own—Champ. Sightings of the creature can be traced all the way back to Native American inhabitants. The Abenaki tribe called Champ, “Tatoskok.” Port Henry celebrates “Champ Day” on the first Saturday of every August.

The Legend of Sleepy Hollow

The Legend of Sleepy Hollow was written by Washington Irving to accompany the story of Rip Van Winkle. Taking place in Tarrytown, it centers on a young man named Ichabod Crane, who competed with the town hero to win the heart of a wealthy man’s daughter. After his proposal was rejected, Ichabod was pursued by a cloaked figure that he identified as a headless horseman. The horseman threw his head at Ichabod, and after that fateful evening, he was never seen again.

The white lady of Durand-Eastman park, near Lake Ontario, is a ghost who intentionally frightens teenage lovers who go there for some privacy. As the story goes, the woman had her own teenage daughter who went missing one day after a walk. After her disappearance, the woman spent the rest of her days walking along the shores of Lake Ontario looking for the missing girl. She eventually committed suicide by jumping off a cliff into the lake.

Legends have circulated for years about Staten Island’s abandoned Willowbrook mental institution. Cropsey is one of the most enduring urban legends. This character, similar to the boogeyman, is said to kidnap local children. Particularly creepy: In the 1980s, a former Willowbrook janitor was convicted with kidnapping two local children and murdering one of them. He’s currently serving two 25-to-life sentences.

Since New York City was a tiny settlement known as New Amsterdam, there have been sightings of a phantom ship on the Hudson River preceding terrible and destructive storms. Some say the ship is sailed by Henry Hudson himself on a never-ending doomed voyage.

The ice skaters of Central Park

Numerous sightings have been reported of two Victorian-era women ice skating in Central Park, one in a red dress and the other in purple. The women are ghosts. They seemingly float through people and their skates never touch the ice. The phantoms are thought to be the Van der Voort sisters, wealthy spinsters who died within months of each other in the 1800s. Their favorite hobby together had been ice skating in the park.

This famous house on Long Island was the site of a gruesome murder of six family members in the 1970s. One year afterward, a new family moved in—the Lutz’s—only to flee the home with just the clothes on their backs 28 days after they moved in. They reported several freaky occurrences, including strange cold areas, family members experiencing nightmares and physical transformations, and a daughter’s creepy imaginary friend, Jodie.