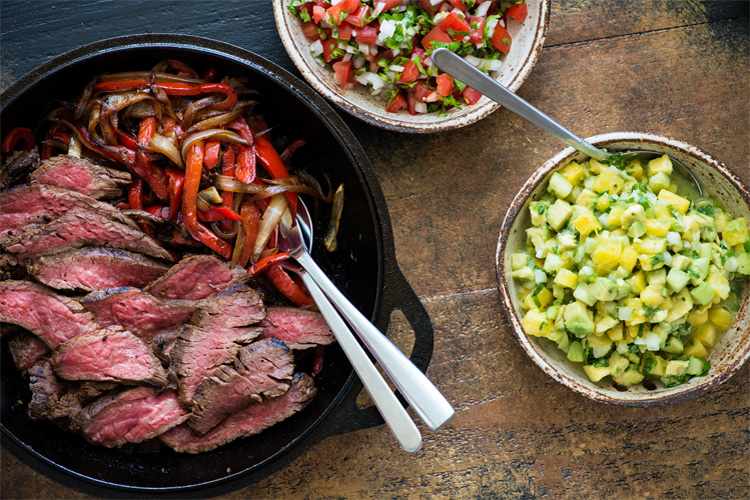 New York is home to some truly traditional and delicious Mexican cuisine. From authentic bodega rice and beans, to fried grasshoppers and Michelin-starred menus, New York’s Mexican food scene is excellent. Here are our 8 favorite Mexican eateries in the state.

People are raving about this unassuming Mexican grocery store with a restaurant in the back. The authentic Mexican restaurant serves up some of the best Al Pastor tacos to be found in the region.

Crown Heights’ go-to Mexican spot does not disappoint.  Locals flock to the cozy, ornate space to chow down on authentic Mexican comfort food and wash it down with tangy margaritas.

Enrique Olvera, the Mexico City mastermind behind one of the best restaurants in the world (Pujol), opened Cosme in 2014 with a strong focus on high-quality, locally sourced Mexican dishes that have received critical acclaim.

This East Village Mexican restaurant takes a creative spin on the cuisine, serving up fried grasshoppers and other unexpected-yet-delicious dishes that taste delicious and will keep you coming back for more.

Located in the epicenter of Brooklyn’s Mexican neighborhood, Sunset Park, Tacos El Bronco is as authentic as it gets. Stop by the bodega for cheap, cheap eats, like basic tacos for $1.50 and some good old rice and beans.

For true-to-its roots Mexican food that’s made with extreme care, Albany has Oaxaquena Triqui. People swear by the authentic flavors and textures of everything on its menu.

This Long Island City gem consistently draws foodies out of the city and through its doors for its now-Micheline-starred Mexican cuisine. Try the lime-cured market fish Ceviche.