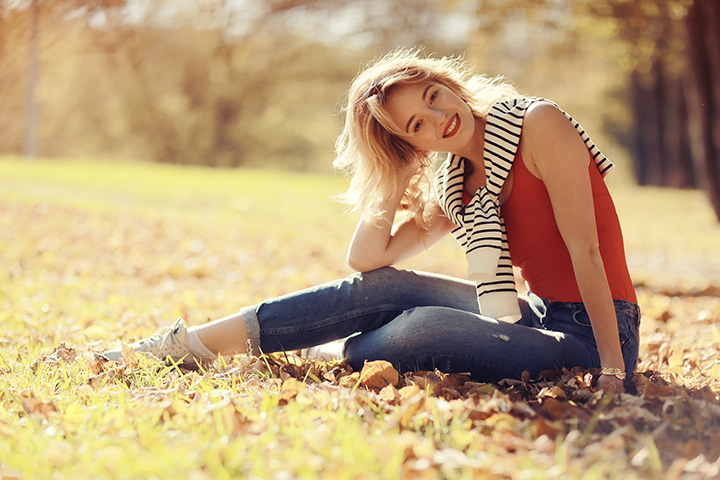 There's nothing like the feeling of a crisp autumn day in New York. The state comes to life each fall, with trees in vibrant shades of red, yellow, and orange as far as the eye can see. Everyone from the Hudson Valley to the Adirondacks celebrates the season with harvests, festivals, and sports games aplenty.

With October in full swing, it's time to break out the boots, grab a pumpkin spice coffee, and head outside to soak up every moment of the season.

Here's a list of 15 fall activities in New York:

The mountains and hills of New York State make for some challenging hikes and breathtaking views. Hike Breakneck Ridge near New York City or Ampersand Mountain in the Adirondacks for the most rewarding sights.

There's something so magical about a good old-fashioned drive-in movie. Although drive-in movies peaked in popularity the 1950s, you can still find dozens of them across New York State. Hurry, because most outdoor movie theaters operate between May and October-after that, it gets too cold.

New York State is a major producer of apples. You'll find orchards wherever you go. What better way to celebrate the season than by going apple picking with friends and family? Afterward, stock up on apple products from the farmer's market or and bake an apple pie with your freshly picked fruit.

Going on a wine tour is a chic and enjoyable way to celebrate fall in New York. Long Island's North Fork is a popular destination for wineries and vineyards, but you can find them around the state, including the Hudson Valley and the Finger Lakes region.

One of the best ways to experience New York's fall foliage is to seek it out and explore it. That's why thousands of tourists (a.k.a. leaf peepers) head up to New York's countryside every autumn. Take a drive (or a stroll) through any rural area of the state, and feast your eyes on the sea of color.

Fall marks the end of the baseball season and the beginning of the football and hockey season. Whether you're a fan of the Buffalo Bills or the New York Rangers, there's bound to be some exciting action…especially if one of New York's baseball teams makes it to the playoffs!

As the weather gets chilly, the perfect opportunity arises to go camping. Compared with summer, there will be less bugs and less heat, making that campfire-and your sleeping bag-feel extra cozy.

Get lost in a corn maze

Quite possibly one of the cutest fall activities, navigating a corn maze is a popular thing to do while pumpkin picking in New York. Some farmers take their corn mazes pretty seriously-Rochester's Stokoe Farms designed theirs to celebrate Bills' coach Rex Ryan.

The namesake German beer festival has inspired cultures around the world to join in on the fun. Want to surround yourself with German beer and culture in the mountains? Check out one of four Oktoberfest weekends for free at Hunter Mountain's Oktoberfest.

Get spooked for Halloween

From creepy ghost tours and Halloween parades to haunted houses and hayrides, New York has no shortage of frightening festivities for Halloween. Just be ready to get spooked!

People love pumpkins in the fall. Whether it's going pumpkin picking, baking a pumpkin pie, or heading to the spellbinding Great Jack O'Lantern Blaze, New Yorkers know how to celebrate pumpkins in every form.

New York has thousands of miles of scenic biking trails, including numerous "rail-to-trails," which are bike trails built over retired train tracks. Even New York City has the Hudson River Greenway, spanning from Battery Park all the way up to the George Washington Bridge.

Some of the finest aspects of autumn are the many festivals that grace New York State. Grab a funnel cake and set out for a day of fun in the great outdoors. Queensbury's Adirondack Balloon Festival provides hours of colorful eye candy every year.

Fall brings New York Fashion Week, and the need to stock up on back-to-school fashions and cool-weather clothes. Outlet malls allow you to save money on name-brand clothing while still spending time outside in the crisp fall air. Woodbury Commons, in the Hudson Valley, is one place to visit to outfit yourself for the season.

With endless rivers, ponds, Great Lakes, and oceans, New York State's waterways-and its fish-are wonderfully diverse. Autumn, however, is the prime season for bass and trout fishing in the lakes and streams of the Adirondacks. Go there for quality fishing and incredible views.