The 13 Best Delis in New York! 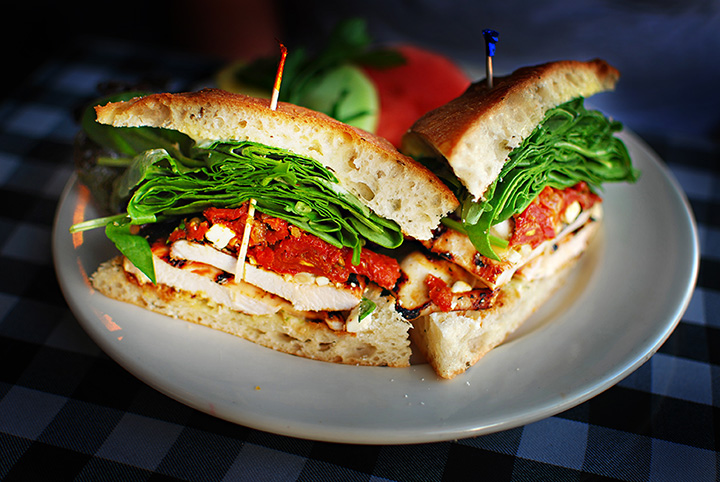 Just as it is with bagels and pizza, New York is also the deli capital of the world. The very first delicatessens in the U.S. popped up in New York City in the mid-1800s. Since then, delis have been a hugely significant part of the state’s cultural fabric. Frankly, it’s hard to imagine a life without them. From big-name historic spots to lesser-known gems, fill your stomach up at one of these 13 classic delis across the state.

Although the new location is no longer on Second Avenue, this old-school Jewish deli brings the same character and quality of food to its new spot. The historic deli has been around since 1954, and has received overwhelmingly positive reviews from Zagat, as well as other media sources.

Calabresella’s is named after the hometown of the original owner, who was born in Calabria, Italy. Since its opening in 1975, the deli has been serving up authentic Italian meats and sandwiches to the Rochester community.

A tiny Upper East Side kosher deli, Pastrami Queen is known for its pastrami and its use of Russian dressing. According to its site, everything served at Pastrami Queen contains the staff’s “heart, soul, and love.” The deli has been in its current location since 1998.

This classic spot has been in operation since 1978, after owners Albert and Cindy Smith set out to make the very best sandwiches in Ithaca. It’s impossible to miss the bright orange and welcoming exterior of Short Stop Deli. Step inside and bite into some of the best sandwiches you’ve ever had.

Katz’s Delicatessen in the Lower East Side is historic. Since 1888, this deli has been serving up some of the best sandwiches to ever grace this planet. Katz’s is famous for its pastrami sandwiches, which have customers lining up out the door.

This Jewish deli is renowned in the area for its huge pastrami and corned beef sandwiches that keep customers coming back for more. The deli was established in 1954, and has continued to please customers ever since.

This famous Italian deli has been at the heart of Arthur Avenue in the Bronx for over 50 years. Go there for authentic Italian meats, pasta, olive oil, cheese, and more. Everyone will be satisfied at this classic, family-friendly deli.

With old-school décor and sandwiches piled high with thinly-sliced meat, Sarge’s Deli continues to satisfy locals and visitors after over 50 years in business. Always expect generous portions and generous service in a comfortable atmosphere at Sarge’s.

Charlie the Butcher’s is considered one of the best places to try Beef on Weck, the quintessential Buffalo sandwich made with roast beef and au jus. Owner Charlie Roesch’s family has been part of the Buffalo scene for more than 120 years, and continues to perfect the art of sandwich making.

From their ultra-fresh ingredients to welcoming atmosphere, Rocky’s is exactly what a good deli should be. And it’s open 24 hours! So any time you’re craving a hearty sandwich, Rocky’s will be there for you. Try their excellent breakfast sandwiches—they make one of the best bacon, egg and cheese sandwiches in the state.

Mile End Delicatessen brings the flavors of Montreal to its smoked meat, which is similar to pastrami but has a unique set of spices. The deli serves other Quebecois specialties like poutine.