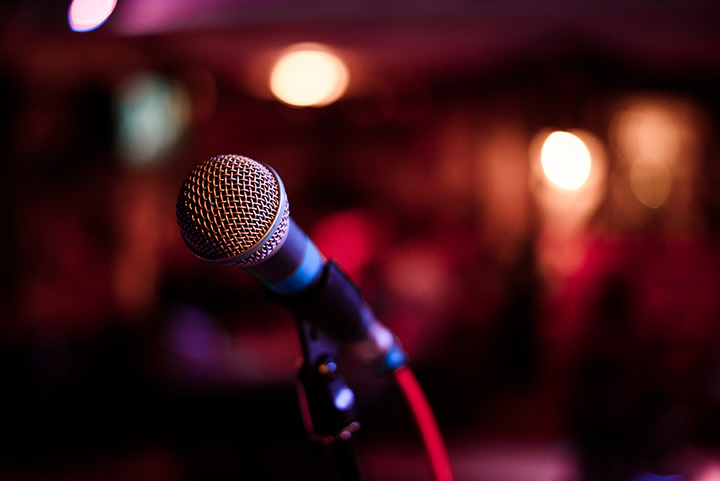 Jerry Seinfeld, Jon Stewart, George Carlin—the most famous funny folks are from right here in New York. The state has nurtured top-notch talent in comedy for decades, and thus, is home to some of the best comedy venues on the planet. Catch everything from mainstream acts and rising stars, to novice comedians just getting their start at these 7 great comedy spots in the state!

Often ranked as the best comedy club in New York, this Macdougal Street stage has been hosting comedy shows since 1982 and features regular performers like Louis C.K. and Amy Schumer.

Started by Caroline Hirsch in the 1980’s, Carolines has since become a Times Square comedy destination, hosting shows seven nights a week with famous names like Dave Chappelle and Tracy Morgan.

Hosting top comedians since the 80s, New York Comedy Club is a solid choice for a night of laughter. The Gramercy club has an ambient setting, regular drink specials, and an “anything-can-happen” vibe.

With regular weekend acts, this Albany comedy club brings a dose of laughter to Albany’s nightlife scene. Seating is arranged in tables of four, and food and drinks are served during the show.

This large Chelsea comedy venue has been the setting of several TV shows, including “Last Comic Standing” and “Curb Your Enthusiasm,” and regularly hosts mainstream comedians like Jim Gaffigan and Chris Rock.

View more New York Comedy Clubs.
Select a New York town to find
the Best Things-To-Do and Places To Go around you