The 9 Best Bakeries in New York! 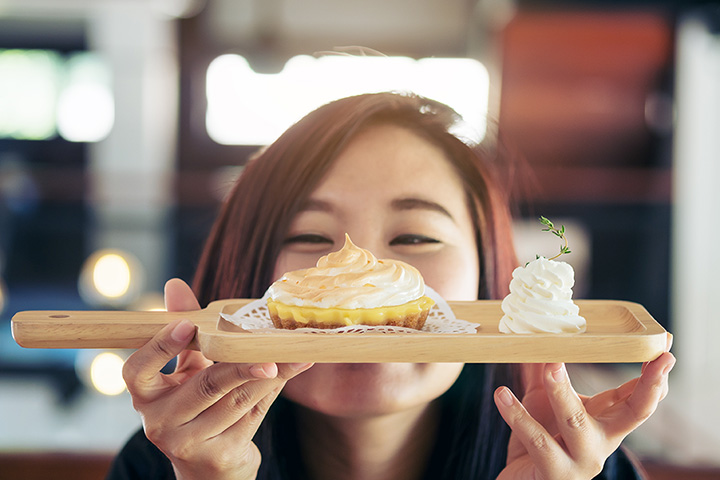 Breads are said to have been brought from the oven to the table around 4000 BC with the early Egyptians given credit for advancing grinding and baking methods. The Greeks indulged their inner sweet tooth and became experts at cakes and pastries, then the Romans added rigor and standards to qualify bakers and ultimately, the UK made it official with a guild and a certification for those considered a master baker.

When the first European settlers arrived in America, there wasn’t much in the way of ingredients or equipment for baking. The Wheat Belt was centuries away from being sown and native ingredients centered mostly around corn and squash. In fact, with the focus on daily survival, no one was exactly sitting around with their feet up eating bonbons. Fast forward four hundred years and bakers have access to every ingredient and modern convenience to whip up the best breads, cakes, cookies, pies and more—like these bakeries which top the list of favorites in New York.

Dominque Ansel is known for inspiring the Cronut® craze. If you missed it, you can get the original confection at his Spring Street bakery, along with numerous other dainties dreamed up by Dominque and baked fresh throughout the day. Ansel is a top pasty chef, with as many adornments as his precious desserts, including "Top 10 Pastry Chefs in the United States," "Outstanding Pastry Chef" and "Most Innovative," so you won't be surprised by a Pink Grapefruit, Honey and Lavender Tart, Cookie Shots (which are really cake cups to pour your milk into), or a Liquid Caramel Chocolate Tart that oozes caramel.

Levain has more than one location as well as a web cam, although I don't know why you would want to watch other people eating their baked goods, especially if you didn't have any of your own. The good news is Levain ships their world-famous cookies worldwide, so you can order your cookies online. The bakery was started by two friends whose exhaustive efforts dreamed up what many consider the best chocolate chip cookie, evah. It weighs in at six ounces and is packed with chocolate chips and walnuts. Cookies are not all their customers give them props for. All of their breads, brioche and buns are made with the finest and freshest ingredients and what doesn't get taken home to be eaten, is sent off to local food pantries.

The Easter Menu is top of mind for foodies who frequent the Balthazar Bakery. That's because Balthazar specializes in special holiday treats that change with the seasons. They offer custom-made pastries and cakes and their salads, soups and sandwiches are almost guaranteed to improve the productivity of your next working lunch. Spring brings carrot cake, hot cross buns and marzipan Easter figurines, just to name a few.

For a traditional Italian coffee and dessert experience in the five boroughs, there is Ferrara's in Little Italy and Egidio's Pastry Shop in the Bronx. Egidio's is characterized as a decadent pastry shop, but rich is a better word. The cannoli are pumped full of cream, the cookies gleam with melted chocolate and the biscotti burst at the seams with nuts. The bakery began as Pasticeria Egidio in 1912 and the recipe for success has been "natural and wholesome ingredients" with the biscotti, pastries, cookies and cakes prepared "based on the authentic old recipes." Call on them for custom cakes or stop in for a specialty coffee or espresso as a pick me up after exploring the Little Italy section of the Bronx.

Galloway's is so good their customers are willing to wait all week (and through the summer) to get their bakery fix. Galloway's is a family-owned and run bakery, open only on Fridays, Saturdays and Sundays and there is no doubt what you walk out of the store with has recently come out of the oven. The crumb cake has longtime fans, being as much, if not more crumb than cake and their fresh baked pies and danish rings will make you want to start your own coffee klatch. Taste testers rave about the real bananas in the banana cream pie and the donut holes may not survive the ride home.

You would expect a bakery attached to a world-class cooking school to be outstanding and the Apple Pie Bakery and Cafe on the campus of the Culinary Institute of America stands up to the pressure. Hudson Valley readers participating in the Best of the Hudson Valley voted them best place for dessert in both 2008 and 2015. Regular customers stop by frequently to sample the fare from future star chefs plating traditional and imaginative sweets as well as healthy and hearty lunch dishes, earning them the added distinction of being named "Best Lunch Spot." Whatever anyone says, go for dessert or leave room for dessert. Dessert is where it's at.

Visitors to this bakery wonder if they are in the wrong place or if the bakery is because it “looks like Madison Avenue and tastes like France.” The Patisserie Normande has recently had to spend more time closed to get ready for their time open, which is a bit confounding, but you would hate to show up and see the glass cases empty. That would be like going to a museum without art on the walls. The bakery can make just about anything—from pastries dense with creams and fillings to custom cakes and holiday confections. They are open Thursday through Sunday. Walk in and pick up something for your sweetheart or sweet tooth.

The only thing old fashioned about the Hudson Valley Dessert Company is the old fashioned goodness that goes into every recipe. The cookies are fresh and fun, the cupcakes and cakes are colorful and the bread is lined up and waiting for you to grab a loaf on your way home. It's everything you could want in a local bakery and more. They even make their own granola that was featured on the Food Channel and chosen as a "best bet for gift giving" by The New York Times.

If you believe breakfast is the most important meal of the day, then head to the Five Points Bakery and Toast Cafe for your daily bread, which is baked with wheat and honey and milk and eggs, all sourced from local farmers. The dream team behind this effort believe their business is as much about physical nourishment as it is about "growing as people, as a business and a part of the community." As the name suggests, toast figures prominently on the menu, with interesting combinations like oatmeal toast with farmhouse cheese and plum cherry jam, cinnamon raisin toast with peanut butter and sliced apple or deli rye toast with hard boiled eggs and gruyere cheese. Other items customers line up for include scones, brownies and "cowboy cookies" all made without the use of hormones, antibiotics or pesticides.

View more New York Bakeries and Pastry Shops.
Select a New York town to find
the Best Things-To-Do and Places To Go around you